Procrastination may harm your health. Here’s what you can do 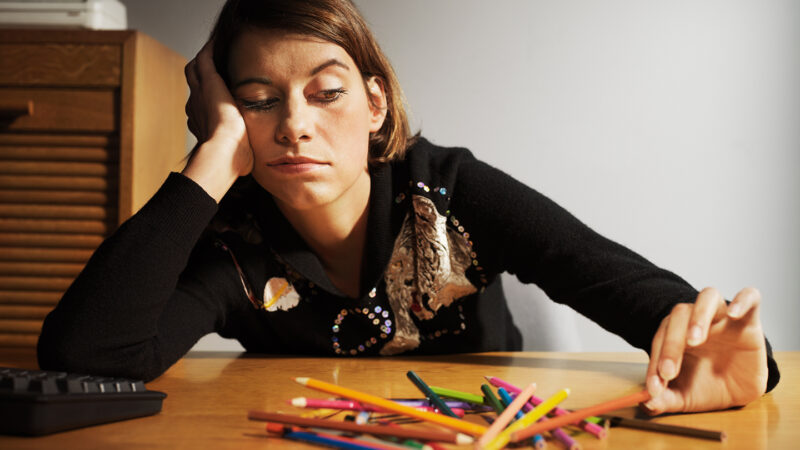 The worst procrastinators probably won’t be able to read this story. It’ll remind them of what they’re trying to avoid, psychologist Piers Steel says.

Maybe they’re dragging their feet going to the gym. Maybe they haven’t gotten around to their New Year’s resolutions. Maybe they’re waiting just one more day to study for that test.

Procrastination is “putting off to later what you know you should be doing now,” even if you’ll be worse off, says Steel, of the University of Calgary in Canada. But all those tasks pushed to tomorrow seem to wedge themselves into the mind — and it may be harming people’s health.

Science News headlines, in your inbox

Headlines and summaries of the latest Science News articles, delivered to your email inbox every Thursday.

Thank you for signing up!

There was a problem signing you up.

In a study of thousands of university students, scientists linked procrastination to a panoply of poor outcomes, including depression, anxiety and even disabling arm pain. “I was surprised when I saw that one,” says Fred Johansson, a clinical psychologist at Sophiahemmet University in Stockholm. His team reported the results January 4 in JAMA Network Open.

The study is one of the largest yet to tackle procrastination’s ties to health. Its results echo findings from earlier studies that have gone largely ignored, says Fuschia Sirois, a behavioral scientist at Durham University in England, who was not involved with the new research.

For years, scientists didn’t seem to view procrastination as something serious, she says. The new study could change that. “It’s that kind of big splash that’s … going to get attention,” Sirois says. “I’m hoping that it will raise awareness of the physical health consequences of procrastination.”

Procrastinating may be bad for the mind and body

Whether procrastination harms health can seem like a chicken-and-egg situation.

It can be hard to tell if certain health problems make people more likely to procrastinate — or the other way around, Johansson says. (It may be a bit of both.) And controlled experiments on procrastination aren’t easy to do: You can’t just tell a study participant to become a procrastinator and wait and see if their health changes, he says.

Many previous studies have relied on self-reported surveys taken at a single time point. But a snapshot of someone makes it tricky to untangle cause and effect. Instead, in the new study, about 3,500 students were followed over nine months, so researchers could track whether procrastinating students later developed health issues.

On average, these students tended to fare worse over time than their prompter peers. They were slightly more stressed, anxious, depressed and sleep-deprived, among other issues, Johansson and colleagues found. “People who score higher on procrastination to begin with … are at greater risk of developing both physical and psychological problems later on,” says study coauthor Alexander Rozental, a clinical psychologist at Uppsala University in Sweden. “There is a relationship between procrastination at one time point and having these negative outcomes at the later point.”

The study was observational, so the team can’t say for sure that procrastination causes poor health. But results from other researchers also seem to point in this direction. A 2021 study tied procrastinating at bedtime to depression. And a 2015 study from Sirois’ lab linked procrastinating to poor heart health.

Stress may be to blame for procrastination’s ill effects, data from Sirois’ lab and other studies suggest. She thinks that the effects of chronic procrastinating could build up over time. And though procrastination alone may not cause disease, Sirois says, it could be “one extra factor that can tip the scales.”

No, procrastinators are not lazy

Some 20 percent of adults are estimated to be chronic procrastinators. Everyone might put off a task or two, but chronic procrastinators make it their lifestyle, says Joseph Ferrari, a psychologist at DePaul University in Chicago, who has been studying procrastination for decades. “They do it at home, at school, at work and in their relationships.” These are the people, he says, who “you know are going to RSVP late.”

Though procrastinators may think they perform better under pressure, Ferrari has reported the opposite. They actually worked more slowly and made more errors than non-procrastinators, his experiments have shown. And when deadlines are slippery, procrastinators tend to let their work slide, Steel’s team reported last year in Frontiers in Psychology.

For years, researchers have focused on the personalities of people who procrastinate. Findings vary, but some scientists suggest procrastinators may be impulsive, worriers and have trouble regulating their emotions. One thing procrastinators are not, Ferrari emphasizes, is lazy. They’re actually “very busy doing other things than what they’re supposed to be doing,” he says.

In fact, Rozental adds, most research today suggests procrastination is a behavioral pattern.

And if procrastination is a behavior, he says, that means it’s something you can change, regardless of whether you’re impulsive.

Why procrastinators should be kind to themselves

When people put off a tough task, they feel good — in the moment.

Procrastinating is a way to sidestep the negative emotions linked to the task, Sirois says. “We’re sort of hardwired to avoid anything painful or difficult,” she says. “When you procrastinate, you get immediate relief.” A backdrop of stressful circumstances — say, a worldwide pandemic — can strain people’s ability to cope, making procrastinating even easier. But the relief it provides is only temporary, and many seek out ways to stop dawdling.

Researchers have experimented with procrastination treatments that run the gamut from the logistical to the psychological. What works best is still under investigation. Some scientists have reported success with time-management interventions. But the evidence for that “is all over the map,” Sirois says. That’s because “poor time management is a symptom not a cause of procrastination,” she adds.

For some procrastinators, seemingly obvious tips can work. In his clinical practice, Rozental advises students to simply put down their smartphones. Silencing notifications or studying in the library rather than at home can quash distractions and keep people on task. But that won’t be enough for many people, he says.

Hard-core procrastinators may benefit from cognitive behavioral therapy. In a 2018 review of procrastination treatments, Rozental found that this type of therapy, which involves managing thoughts and emotions and trying to change behavior, seemed to be the most helpful. Still, not many studies have examined treatments, and there’s room for improvement, he says.

Sirois also favors an emotion-centered approach. Procrastinators can fall into a shame spiral where they feel uneasy about a task, put the task off, feel ashamed for putting it off and then feel even worse than when they started. People need to short-circuit that loop, she says. Self-forgiveness may help, scientists suggested in one 2020 study. So could mindfulness training.

In a small trial of university students, eight weekly mindfulness sessions reduced procrastination, Sirois and colleagues reported in the January Learning and Individual Differences. Students practiced focusing on the body, meditating during unpleasant activities and discussed the best way to take care of themselves. A little self-compassion may snap people out of their spiral, Sirois says.

“You made a mistake and procrastinated. It’s not the end of the world,” she says. “What can you do to move forward?”

CT HorrorFest 2019 Hellraiser Panel with Doug Bradley and the Cenobites

Many plans for green infrastructure risk leaving vulnerable people out

We prioritize family over self, and that has real-world implications

Here are 3 people-animal collaborations besides dolphins and Brazilians

How plant ‘muscles’ fold up a mimosa leaf fast